After many years of shooting, I found something that is making things a lot easier. Often I'd capture an image using a particular filter for a special effect. My favorite infrared film used to be Kodak's HIE which, as you know, is no longer available. To get the best infrared effect required your using a 25 red screw in filter. No big deal until you dropped it when you were finished with it. I had this happen more than once.

Now there is a resolution to this situation, at least for me anyway. I recently purchased a "Rapid Filter System" (manufactured by UURig) from B&H in New York City. Maybe it's been around for awhile but I just noticed it. It's quite clever and vey easy to use. It resembles a circular clam shell. One half screws into your lens while the other half holds your filter screwed in place. When you want the filter effect you simply "close" the clam shell and expose accordingly. When you wish a non-filtered exposure just "open" the clam shell take your next shot.

Ilford SFX 200 has been my film of choice since I can get a standard B&W image (no filter-clam open) and then proceed to create the infrared ones (R72 filter-clam closed). My shooting sequence is first negative at whatever my meter suggests rating SFX at ISO 100 and then (clam closed) for f8 @ 1 second and another @ 2 seconds. This way I have a standard copy of the image and 2 trial infrared copies, knowing what the image originally looked like. That's personal choice helpful to me.

I'd like to hear your comments if your using any kind of filter or SFX film.

Posted by webbersphotography at 7:15 PM 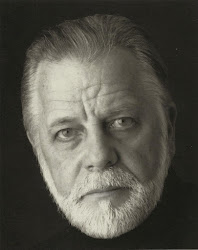